Skip to content
Game console
The Tokyo Game Show (TGS) kicked off today and Valve is using it to promote its PC gaming handheld. One of the most eye-catching booths at TGS therefore featured a massive rendition of the Steam Deck – a version we estimate to be around 10ft tall and 25ft wide.
Valve’s wildly popular device was only pre-ordered in markets like Japan, South Korea, Hong Kong and Taiwan last month, so the PR blitz is likely at its peak right now. In addition to this giant version of the Steam Deck, Valve’s reserved display area was flanked by two walls of Steam Decks, filled with probably 100 or more handhelds. We don’t know if this line of devices was just for display, sale, mass test sessions, or even the multiplayer games and tournaments that Valve has planned for the show. 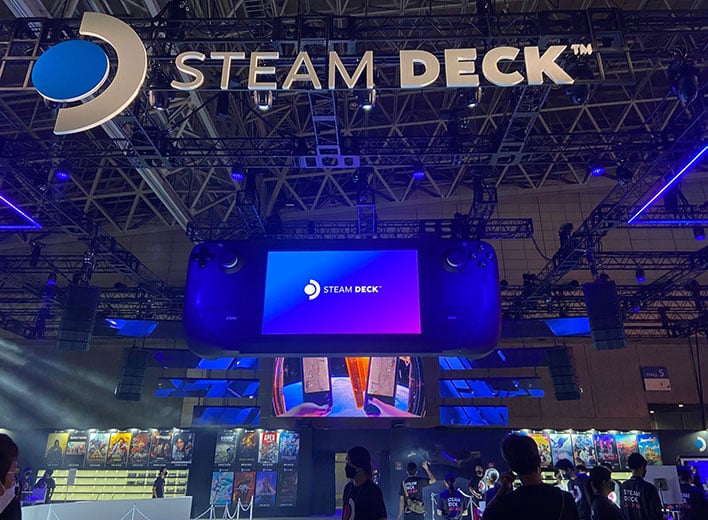 From the sublime to the ridiculous, we’re going to shift our TGS gaze from the massive Steam Deck replica to the silly little Steam Deck character – the Steam Pal. Cute characters like Steam Pal are a staple in the marketing mix for gaming brands in Japan. In the image below, you can see the Steam Pal being used as a keychain attached to a Steam Deck case. 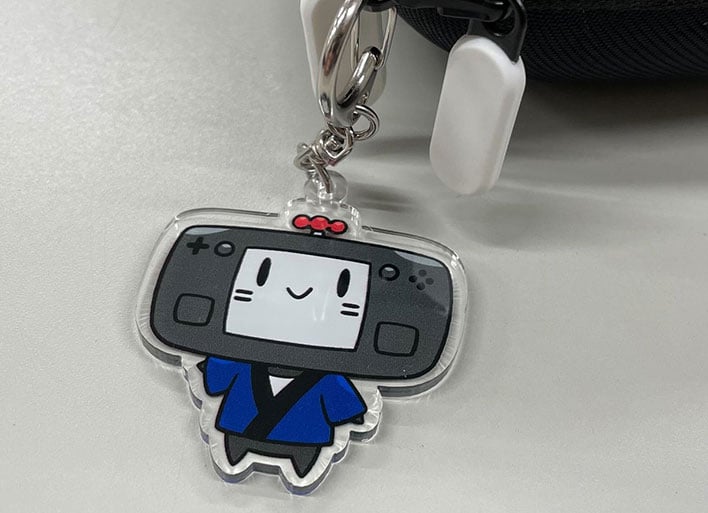 Elsewhere on the Steam Deck Japan Twitter pages, the source of all these photos, you can see how the oversized Steam Deck was put together before the show. The TGS is a good time for Valve as it ramps up promotional activity in East Asia, after resolving the supply and shipping issue a few months ago. Despite launching several months ago, the Steam Deck’s position as the natural choice for portable PC gaming has been successfully unchallenged thanks to a combination of Valve’s software powerhouse, AMD Aerith exclusive custom APU and pricing. Perhaps the first serious contender for his throne will be the inevitable Steam Deck 2.