Hardkernel ODROID-Go Ultra is a portable game console with a 5-inch screen, Amlogic S922X processor, 2GB of RAM and 16GB of eMMC storage plus a microSD card slot for additional storage.

Designed for emulation, the handheld comes with Ubuntu-based software and should be powerful enough to handle games designed for classic consoles, with support for systems up to a Nintendo Game Cube. Hardkernel says the ODROID-GO Ultra should be available for $111 starting in October. But the company also plans to ship pre-production samples to members of the developer community starting next week.

Hardkernel has been manufacturing single board computers for over a decade, and as of 2018 the company began repurposing some of its hardware to make hacker-friendly game consoles sold under the ODROID-Go brand.

The latest model is the same size and shape as the ODROID-Go Super, which was introduced in 2020. But the new model has a faster processor, improved graphics performance and twice the RAM (memory is also faster now).

Amlogic’s S922X processor has been a popular option for Android-powered media streaming devices in recent years, but it’s less commonly found in mobile devices. But Hardkernel seems quite confident in the new CPU and other upgrades. The company says the new ODROID-Go Super runs more than twice as fast as the previous generation model…although it’s a bit less power efficient. The new handheld should only get around 6 hours of continuous playtime, compared to 10 hours for the ODROID-GO Super.

Here is an overview of the main specifications of the ODROID-Go Ultra:

Hardkernel notes that the battery charges very slowly when fully discharged, so the company will ship the handheld with a special Y-charging cable that has a USB-A connector on one end and USB ports. Type-A and Type-C to each other. The company claims that connecting Type-C and -A plugs to the handheld at the same time will increase the charging rate. 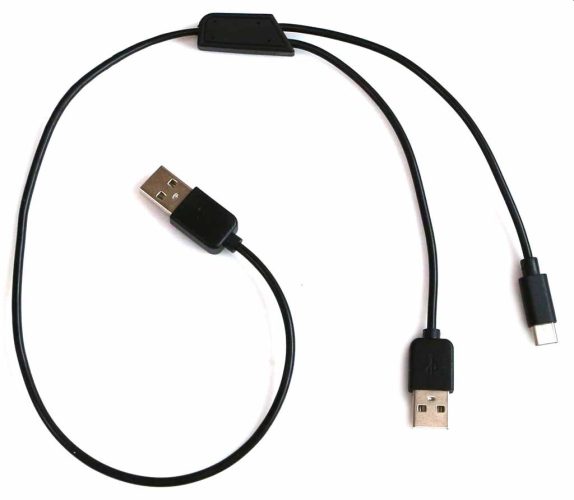 The computer comes with a version of Ubuntu 20.04.4 LTS with Linux kernel 4.9.277 and a modified version of EmulationStation which allows you to play games for classic game consoles when using system cores for supported Atari, Nintendo, Sega, and TurboGrafx systems as well as MAME 2003.

The ODROID-Go Ultra will be available with a choice of a gray or clear plastic case, and each model will feature two analog sticks, a D-Pad, action buttons, and shoulder buttons.

You can find more details on the ODROID forum.