AppleInsider is supported by its audience and can earn commission as an Amazon Associate and Affiliate Partner on qualifying purchases. These affiliate partnerships do not influence our editorial content.

With the release of iOS 10, Apple’s Game Center service no longer has its own dedicated app. Instead, actions like adding friends or inviting a game are handled by individual games themselves, routed through Apple’s extended Messages app.

With iOS 10 now available, games on the App Store have access to new tools for inviting friends to multiplayer games through the Messages app.

Titles that already use the existing Game Center invite APIs do not need to change the code for iOS 10. Message-based invitations are set to automatically replace the old method of inviting friends to play, and anyone can be invited through the Messages app and iCloud.

For example, a player sending an invitation to play the popular title “Doodle Jump” will provide a “rich link” attachment in an iMessage to another iPhone user, with the option to add additional text to the message.

Invites can be sent to players registered in a user’s contacts, recent players who have been seen online, or nearby players on a local network playing the same title. Players with legacy Game Center accounts will also receive message-based invitation notifications. 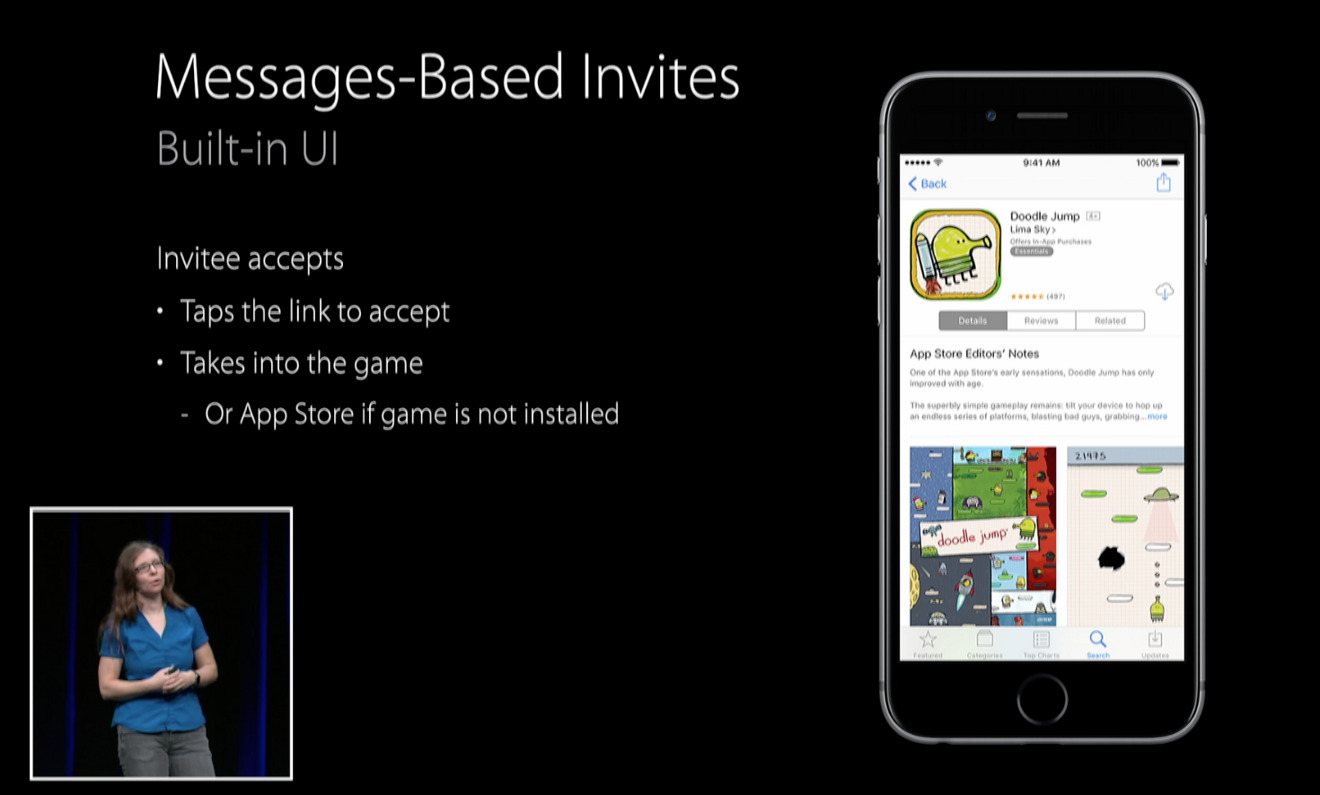 For iOS 10 users, once a Game Center invite has been received in Messages, tapping a rich link will take the user directly into the game. If they haven’t installed that particular title, the link will open the game’s listing on the iOS App Store instead.

Along with new ways to invite gamers, Game Center has also added support for Apple Watch and watchOS 3.

Managing Game Center within apps has allowed Apple to get rid of the dedicated Game Center app from iOS 10. The multiplayer gaming network has had its own standalone app on iPhone and iPad since 2010.

Editor’s Note: This article was originally published in June following Apple’s announcement of iOS 10 at WWDC 2016. It has been updated and republished to coincide with the public release of the mobile operating system. For more on iOS 10, check out AppleInsider’s ongoing Inside iOS 10 series.